As Vice President of Development and Podcasts at eOne, Allison Brough oversees the strategic development of television content within the studio’s unscripted division. As part of her role, Brough also leads the studio’s podcast development portfolio and manages the execution of eOne’s overall podcast to broadcast strategy.

With more than a decade of development and production experience, Brough’s diverse slate of past and current productions spans a range of notable Canadian and U.S. broadcasters, including the upcoming docu-series Thunder Bay for Bell Media’s Crave; Project Bakeover for Food Network; Apres Ski for Bravo; Restaurant Takeover for Food Network; Pop Up Gourmet for OWN; The Expandables for HGTV; Breakneck Build for HGTV and DIY; and Love Trap for Slice Network, to name a few.

Prior to joining eOne, Brough was director of development at Lone Eagle Entertainment, where she oversaw content creation for numerous projects greenlit for development and broadcast as well as digital and OTT platforms across North America. She was also a development executive at Tricon Films and Television, where she was heavily involved in the company’s content development, production, distribution and overall corporate strategy.

Brough has a BA in Sociology and Social Anthropology from Dalhousie University and studied English Theatre at McGill University. She also has a degree in Public Relations from Humber College. 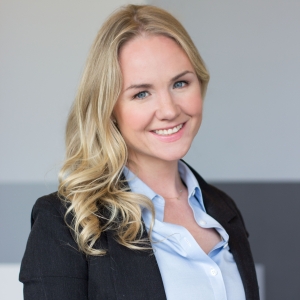 The Expanding Universe of Podcasting with Kelly&Kelly