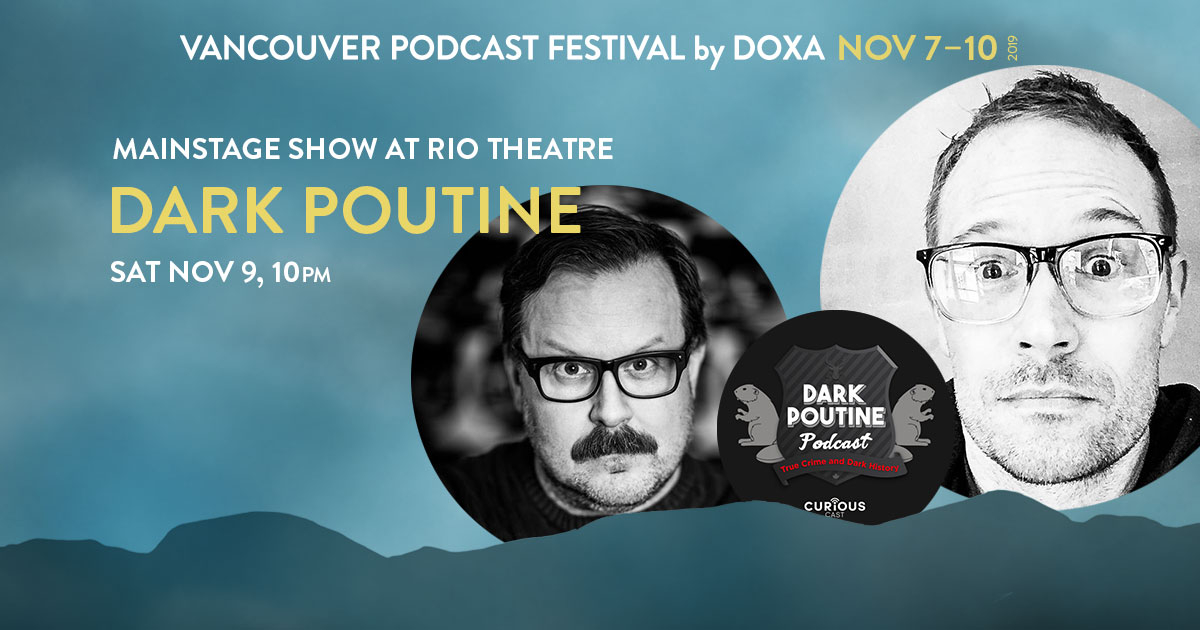 Mike Browne and Scott Hemenway of Dark Poutine are featured in the current issue of the Surrey Now-Leader, discussing their live show debut at the 2019 Vancouver Podcast Festival!

"On Halloween two years ago, longtime pals Mike Browne and Scott Hemenway launched Dark Poutine in a spare bedroom in Newton, as a vehicle for “notorious Canadian crimes, dark history and other creepy topics as told by real-live Canadians.”

In early November, they’ll be guest speakers at the four-day Vancouver Podcast Festival, and will record the 100th episode of Dark Poutine during the show’s live-event debut at the Rio Theatre on Saturday, Nov. 9."